Rajeev Ram is a world-class tennis pro on the ATP Tour. 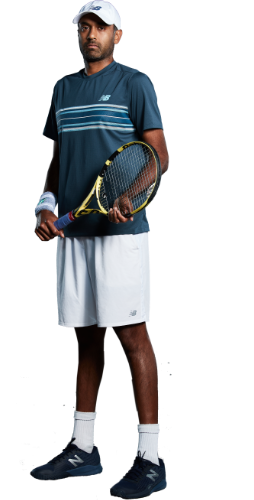 Rajeev Ram traveled the world as an accomplished junior tennis player, always with his roots in Carmel, Indiana. He played tennis at Carmel High School, where he won the state singles championship, and the University of Illinois, where he won two NCAA titles before turning pro in 2004.

In his career to date, he has won a total of 22 ATP World Tour titles, two in singles and 20 in doubles. He won the 2020 Australian Open men’s doubles title with Joe Salisbury (UK), and the 2019 Australian Open mixed doubles crown with Barbora Krejcikova (Czech Republic). Raj won a silver medal at the 2016 Rio de Janeiro Olympics, in mixed doubles with Venus Williams (USA). He was also a doubles semifinalist at the 2014 US Open and 2016 Wimbledon, and a 2016 US Open mixed doubles finalist. Before he retired from singles play in July 2017, he won the ATP Tour’s event in Newport, Rhode Island, twice – in 2009 and 2015. He also recorded wins over top 10 players Grigor Dimitrov, Kei Nishikori, and Mardy Fish, as well as former world No. 1 Lleyton Hewitt. 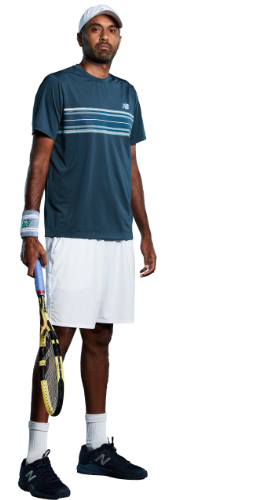 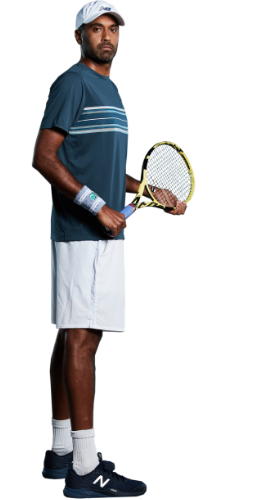 What's your favorite tournament? Why?

My favorite tournaments are Wimbledon because of the tradition, the Australian Open because of how well we (the players) are treated, and Cincinnati because it’s close to home.

If you could pick anyone to be your doubles partner, who would you pick?

I admired Pete Sampras and Boris Becker growing up, so playing doubles with either would be a treat.

What's the proudest moment of your career (so far)?

I’m going to take the simple way out here and say I have five: Winning the Australian Open men’s and mixed doubles titles with such good partners, winning the Olympic silver medal with a tennis legend, and also being a part of the NCAA Championship men’s tennis team at the University of Illinois and winning my first ATP singles title in Newport.

My pre-match routine is pretty simple. I usually warm up about two hours before I play, have a meal, and try to get clear-minded and focus on my match that day.

What do you like to do when you're not on the court?

As we travel so much as tennis players, I like to come back home and hang out with friends and family when I’m not on tour. Being home is like a vacation for me.

If you could order dinner from anywhere around the world, what would you order?

Well, in general my favorite food is Indian food, so we can start there. To be honest, though, something that I miss while traveling is food cooked at home. I’m not such a picky eater, so just about anything home-cooked will do.

What's one thing that most people don't know about you?

Something people don’t know is that I did obtain my college degree through online classes. I played for Australian Open tournament director Craig Tiley at my Big Ten Conference school, Illinois, and then I departed early to turn pro. Having a degree has always been a goal of mine, and I’m glad for it.

What advice would you give to young tennis players who want to turn pro?

Pro tennis is a job. There are certain parts that are great and glamorous, but the vast majority is hard work. Make sure you love the game first and not just the idea of what that life might be like. I think my passion for the sport itself has been the reason I’ve thoroughly enjoyed my time on tour so far – and it’s hardly over.